Now More Than Ever! The Planning Role of PPLI following Post-Trump Tax Reform 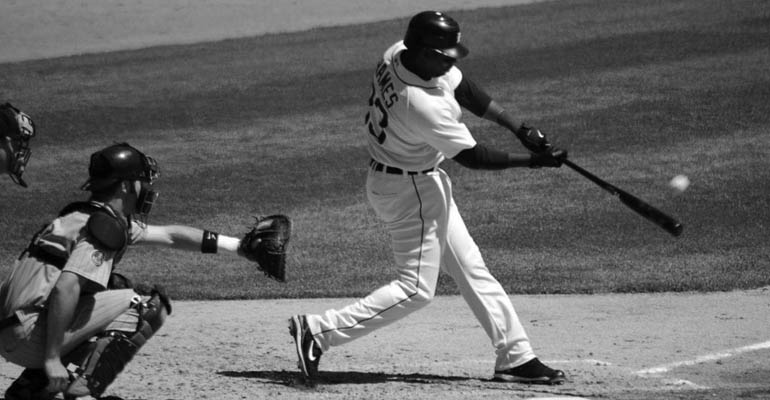 When I grew up in the Panama Canal Zone, the country of Panama still had winter league professional baseball up until 1970. They frequently played weekend games at the high school field down the street from my house.  On occasion I was the bat boy.  Long before Mariano Rivera became a Yankee, many Zonians grew up as fans of the Pittsburgh professional sports teams. How is that? During the glory days of the Pirates, Panama prominently featured two Panamanians, Rennie Stennett and Manny Sanguillen. As a catcher myself, and proud of the two Panamanians, I have lived most of my life believing the Manny was a better catcher than Johnny Bench. The scout who signed Mariano Rivera to the New York Yankees, Herb Raybourn was also a longtime Zonian.

Latin American baseball players have always been a fixture in major league baseball. Players from the Caribbean – Cuba, Dominican Republic, Puerto Rico, Venezuela, Panama and even Colombia, as well as other countries abound. Latin players account for almost thirty percent of the active players in Major League Baseball (“MLB”). It could be said that the Dominican Republic is to baseball as what Brazil is to soccer.

Saturday Night Live in the late 1970’s featured the famous Garret Morris impersonation of the fictional Latin baseball player Chico Escuela and his famous refrain “Beisbol has been bery good to me.” The average major league salary was $4.25 million in 2015. The average major league career lasts 5.6 years compared to 3.5 years for NFL players. The money is significant but the career is still relatively short. However, unlike other professional sports, major league baseball contracts are guaranteed.

This article is designed to illustrate how a split dollar life insurance strategy using private placement life insurance can provide substantial tax-free financial benefits during lifetime for retired players and at death leaving a substantial legacy for their families. Additionally, the plan outlined in this article provides much greater financial security for player’s in comparison to deferred compensation payments.

Major League Baseball offers one of the best pension and healthcare programs in all of professional sports. Players vest in their pensions after only 43 days on the active roster and just one day qualifies a player for lifetime healthcare. Playing isn’t even a requirement, benchwarmers may qualify for benefits as well. After 43 days, players qualify for the minimum benefit of $34,000 per year and those with 10 years of service receive a pension of approximately $200,000 annually. Players may receive benefits beginning as early as age 62.

Split dollar is a contractual arrangement between two parties to share the benefits of a life insurance policy. In a corporate setting, split dollar life insurance has been used for 55 years as a fringe benefit for business owners and corporate executives. Generally speaking, two forms of classical split dollar arrangements exist, the endorsement method and collateral assignment method. Importantly, IRS Notice 2007-34 provides that split dollar is not subject to the deferred compensation rules of IRC Sec 409A. See § 1.409A-1(a)(5).

Split Dollar under the Economic Regime

Under the collateral assignment method, the employee or a family trust is the applicant, owner, and beneficiary of the policy. The employee collaterally assigns an interest in the policy cash value and death benefit equal to the greater of the cash value or cumulative premiums paid.

The economic benefit is measured using the lower of the Table 2001 term costs or the insurance company’s cost for annual renewable term insurance. This measure is utilized for both income and gift tax purposes. Depending upon the age of the taxpayer, the economic benefit tax cost is a very small percentage of the actual premium paid into the policy, typically anywhere from1-3 percent.

Split Dollar under the Loan Regime

The loan regime follows the rules specified in IRC Sec 7872. Under IRC Sec 7872 for split dollar arrangements, the employer’s premium payments are treated as loans to the employee. If the interest payable by the employee is less than the applicable federal rate, the forgone interest payments are taxable to the employee annually.  In the event the policy is owned by an irrevocable trust, any forgone interest (less than the AFR) would be treated as gift imputed by the employee to the trust. The loan is non-recourse. The lender and borrower (employer and employee respectively) are required to file a Non-Recourse Notice with their tax returns each year (Treas Reg. 1. 7872-15(d)) representing that a reasonable person would conclude under all the relevant facts that the loan will be paid in full.

Split dollar under the loan regime generally uses the collateral assignment method. In a corporate split dollar arrangement under the loan regime, the employee or a family trust is the applicant, owner and beneficiary of the policy. The employer loans the premiums in exchange for a promissory note collateralized by the policy cash value and death benefit equal to the loan plus any accrued interest. The policy’s death benefit can provide for repayment of the cumulative premiums paid and any accrued interest upon the death of the employee. The cash value in excess of the lender’s interest is available to the policyholder as a source of tax-free benefits during lifetime. The policyholder may take distributions as a recovery of basis tax-free and then take tax-free policy loans. The death benefit is also income tax-free and potentially estate tax-free.

The proposed split dollar program utilizes the loan method. The Team would allocate an elected percentage of a Player’s salary and make a premium payment into a private placement life insurance policy (PPLI) treating it as a loan to the Player. The loan could be structured as a long term loan with interest paid annually or alternatively, it could accrue with both loan principal and interest repaid at death. Alternatively, the loans could be treated as demand loans. The long-term applicable federal rate (AFR) is 1.95 percent as of October 2016 for loans that have a maturity longer than nine years. The blended rate for demand loans is 0.73% for the 2016 tax year.

The Team would recover its loans at the earlier of the death of the Player or termination of the agreement. The Team would have a collateral interest in the policy cash value and death benefit equal to the greater of the cash value plus any accumulated interest. The Player would be entitled to the cash value and death benefit in excess of the Team’s interest. The Player would be able to take tax-free distributions from the policy during their lifetime. Additionally, the Player’s family would receive a substantial tax-free death benefit at the Player’s death.

The Team may “piggy back” or add an additional benefit plan to allocate the death benefit that it receives as part of its cost recovery under the split dollar arrangement. Under the split dollar arrangement, the Team would receive reimbursement of its loans (premium payments) along with any accumulated interest associated with the loan.  These funds can be paid to the Player’s family pursuant to a death benefit only (DBO) option. The DBO Plan is a contractual arrangement between a corporation and an employee or contractor. The corporation agrees that if the contractor or employee dies, the corporation will pay a specified amount to the employee or contractor’s spouse or other designated class of the beneficiaries’ children. Payments can be made on an installment basis or in a lump sum.

A variable life insurance policy is a permanent life insurance contract that has a cash value component and a death benefit component. The growth of the cash value is tied to the investment performance of investment sub-accounts that the policyholder is able to select from a range of asset classes including hedge funds, real estate and private equity.

In retail variable insurance products, these investment choices are mutual fund clones or sub-accounts. The policy holder bears all of the investment risk. The assets supporting the policy cash value are separate or segregated from the life insurer’s general account assets and creditors. The policyholder is able to select the funds within the life insurance policy using the carrier’s fund election form.

PPLI is a form of variable universal life insurance. The policy is strictly available for accredited investors and qualified purchasers as defined under federal securities law. The policy is institutionally priced and is virtually a “no load” product. The insurer provides the policyholder with the ability to customize the investment options within the policy. The range of investment options can include a customized fund managed by the client’s existing investment advisor, as well as a range of asset classes including hedge funds, real estate and private equity.

Chico Escuela, age 25, is a catcher for the Pittsburgh Pirates, a team with one of the lowest payrolls in the League. Chico is the 300th highest paid player in the League (out of 825 players). He just signed a new five year guaranteed contract that will pay him $3.7 million. Chico is married to his childhood sweetheart, Belkis Maria. They have three small children under the age of five. They live in Pittsburgh during the season and Santo Domingo in the offseason where Chico plays winter ball. With Pittsburgh’s low cost of living, Chico has a very nice home for his family and parents.

Chico would like to defer $1 million per year for five year into a private placement life insurance contract. The team will structure this payment as a loan allowing Chico’s family trust to purchase a PPLI contract. The team will have an interest in the policy equal to the greater of the policy cash value or cumulative premiums. The loans will be repaid at the earlier of the termination of the split dollar arrangement or Chico’s death. The team will also create a Death Benefit Only Plan. The policy benefits are received at Chico’s death will be paid out to his family trust in a lump sum at his death.

Chico will have tremendous supplemental retirement benefits on a tax-free basis. The projected account value from which he will make tax-free distributions is projected to be $9 million in Year 20. At age 35, which is approximately five years after his contract ends, Chico has accumulated cash value of approximately equal to a half-year’s salary that can be withdrawn on a tax-free basis. In Year 20, the accumulated portion represents almost 300% of the annual salary. The tax-free compounding performs its magic after thirty where the projected accumulation is worth more than the original five year contract.

The substantial death benefit payable through the Death Benefit Only (DBO) component provides a very substantial legacy for his family and extended family in the DR.

Professional athletes have short career. Baseball players seem to have a better deal than NFL players. You can hit .200 and make several million dollars per year. On average, they have longer careers, make more money and have contracts that are guaranteed. Deferred compensation arrangements are the exception to the rule in contract negotiations and carry some degree of financial risk for players in the event the Team reneges on the agreement or declares bankruptcy. These arrangements are ultimately taxed as ordinary income in the year the benefit is received.

These arrangements have not been used in professional sports. Players need a method for providing substantial supplemental retirement benefits with minimal tax consequences. The window or opportunity is very short to make money. The benefit program in this arrangement provides an excellent opportunity for tax-efficient wealth accumulation and tax-free distribution while leaving a substantial legacy for the Player’s family. 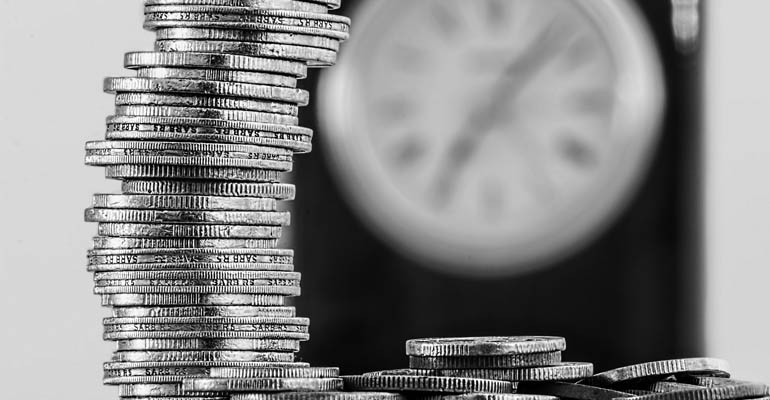